Rome wasn’t built in a day…

Background: The influence of classical architecture can be seen on many modern buildings.  Once students have learned basic elements of architecture and a few key words, they can recognize these structures on public buildings or even in their own homes.

Introduction: This project combines the classic show-and-tell activity with a traveling classroom mascot in order to provide an opportunity to find classical architecture in their community.  Through this activity, students will see connections between past and present, take creative photographs, and produce Latin sentences.

Special Concerns: Students should focus on using the correct preposition and case ending for their captions.  It would be helpful to review this concept in class before the project.  Teachers could share photographs of people under, in, or away from buildings and do a sample show-and-tell lesson.  Students could practice asking the question “Ubi es?” (“Where are you?”) during this review time.

Objectives: To strengthen knowledge of Latin prepositions and case endings through written captions.  To speak and ask short Latin sentences during show-and-tell.  To notice connections between ancient and modern architecture.

Background: Classicists often need to piece together the past by examining fragments.  Scholars try to guess the Latin words missing from a manuscript, and archaeologists often attempt to fill in the missing structures from a ruined building.  Students often enjoy activities which simulate archaeological work, and can use their knowledge of ancient architecture to make guesses about where, for example, an Ionic column capital would be found on a building.

Introduction: In this activity, students will draw a Roman temple using architectural elements they have learned.  Next, they will cut away pieces of the drawing and trade their fragments with another group.  Finally, students will use their knowledge of architecture to recreate the original appearance of the temple, and fill in the gaps left by the missing pieces.

Special Concerns: Students may be hesitant to see their temples cut apart, so if possible, teachers should photograph the process so that students can see what the temples looked like before, during, and after “restoration.”

Objectives: To recreate a Roman temple using elements of classical architecture.  To understand the strategies used by archaeologists to restore and rearrange pieces of buildings.

Online Resource: “The Acropolis Challenge”
Each issue will feature a new or popular online resource that could prove useful for Latin and Classical Studies instruction. We aim to stay current so that you can wow your students with how “with-it” you are when it comes to technology!

The British Museum’s website, “The Acropolis Challenge,” guides students  through the process of designing their own Greek temples.  Students decide column styles, building materials, height, and decorative elements.  This website is a great way to introduce students to classical architecture and preview new vocabulary words before the class explores architecture in greater detail. 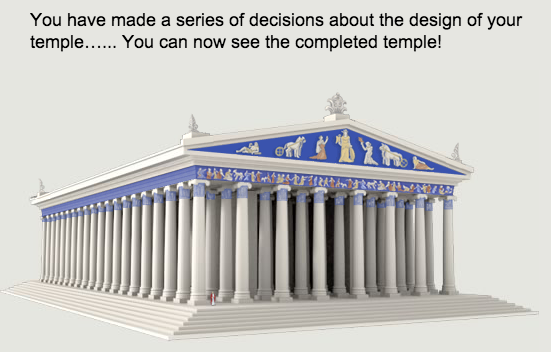 Between the steps, there are captions which explain the background behind the architecture.  Teachers can encourage note-taking or use a small quiz at the end so that students know they need to read these sections.

Holiday: Ludi Florales
Each issue will feature an upcoming holiday from ancient Greek or Roman culture that you may wish to explore with your students.

The Ludi Florales was a five-day festival from April 28-May 2.  During this time, Romans honored Flora, goddess of flowers, and celebrated with plays and circus games.  Latin students can explore Ludi Florales by learning about how flowers inspired styles of Roman architecture.  Students can learn about the many plants native to the Italian peninsula.  Teachers can share pictures of columns in their community or images from Roman buildings, and students can identify the plants depicted in the architecture.  At the end of your Ludi Florales celebrations, students can create their own locally-inspired architectural style based on plants in their own backyard.

Random Find: Classical Architecture Blocks
Many items being sold today do not directly connect to Latin and Classical Studies, but with a little effort, we can adapt them to serve our purposes. This section explores these types of objects.

Teachers can use block sets to teach classical architecture and provide a hands-on way for students to access the material. Although blocks are often used just for creative play, these classical block sets can be very educational.  These could be used to do building projects with students and illustrate arch construction as well as elements of temple construction.

How we found them: Skye Shirley, an instructor of LatinSummer, took her students on a field trip to the Pompeii Exhibit at the Museum of Science two years ago and saw a station which helped visitors learn arch construction through building blocks.  Fortunately, Amazon.com offers several block sets to use in Latin classrooms. 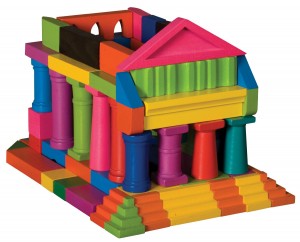 Possibility #1: Shure ArchiQuest: Classical European Architecture
Students could learn Latin colors with these bright blocks, and practice noun and adjective agreement as they build.  For example, the teacher could ask, “Marce, quid ponis?” and the child could respond, “Columnam caeruleam pono.” 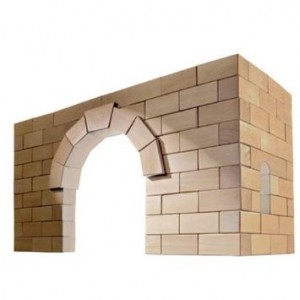 aqueduct as they construct the Roman arch.   For a cross-curricular approach, this product may also be introduced with a science teacher so that students understand the importance of weight distribution in construction techniques.

Featured Word: pontifex
Each issue will feature a challenging English word that we encourage you and your students to explore together. This English word will always come from one or more Latin words.

This issue’s word is “pontifex,” comes from two Latin roots: “pont-” meaning “bridge” and “fex-” coming from “facere,” which means “to make.”  First, ask students to brainstorm as many words coming from “pōns, pontis” and “faciō, facere, fēcī, factus” as possible.  Students may produce words like “manufacture” or “pontoon,” and some may even generate “pontifex.”

Advice & Questions: Active Learning Methods
In every issue, we will present advice and answer member questions concerning the teaching of Latin and Classical Studies to elementary and middle school children. Please submit your question for possible inclusion in the next issue!

Teach students about the different styles of columns by dancing “the columns dance!” Using the following steps, chant the name of the column as you make the motion.  It’s best to sing “Corinthian” in a funny voice so that students have time to move their hands and remember that Corinthian columns are the most elaborate.  When students know the dance well, you can ask them to close their eyes and say a column type in any order.  Students need to make the gesture for that column type.  Before long, you’ll see that students will make the gesture before saying the name of the column, which shows that their muscle memory is helping them remember information. 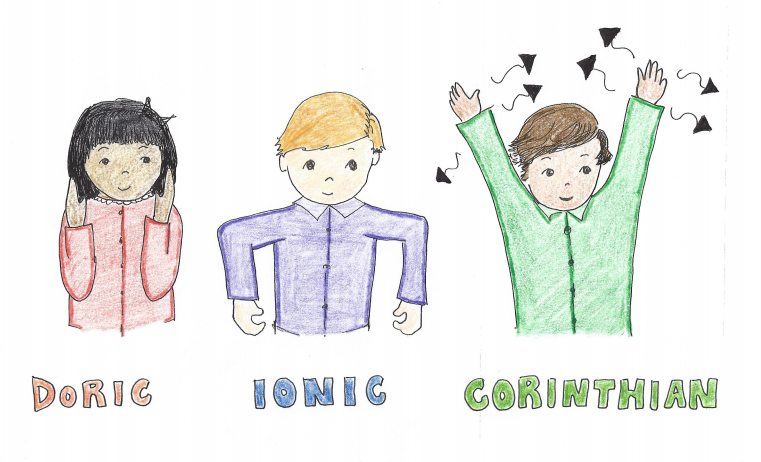 If a class is very discussion-heavy, try discussing it actively.  Put two pieces of paper on opposite sides of the classroom, and write “agree” on one and “disagree” on the other.  Then say a statement that pertains to the lesson.  For example, “Dido and Aeneas were married.”  Ask students to stand in one area to express their opinion.  You can turn this into a debate by having students who are far on one side compete to “win over” the undecided students in the middle.  As a wrap-up activity at the end of a class, you can say a series of statements and students will move to express their opinions.  This allows them to reflect on the learning process and give even quiet students a chance to express their opinions. 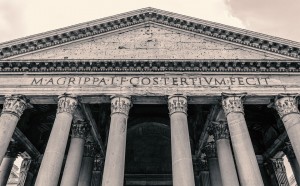