This month, we are focusing on math and numerals in Latin and the ancient world. Inside this issue: adding Latin numbers, Roman numerals BINGO, Hypatia the Mathematician, Roman Numerals dice, and more!

Background: The Latin words numbers are helpful to know because of the many derivatives we have in English. Students will be amazed by how many English words they can think of which are related to numbers, and this activity will further solidify their understanding while also helping younger students solve basic math problems.

Introduction: This is a basic introduction to Latin numbers, which includes a worksheet with math problems written in Latin, as well as a game.

Objectives: Students will produce Latin names for numbers. Students will strengthen their knowledge of Latin number words, which will help build English vocabulary.

Special Concerns: To help students become comfortable with the format before they do a worksheet, it may be helpful to put together a PowerPoint presentation of images. For example, teachers can show a picture of two students standing next to three students, and have the class count as a group. Before long, students will be able to do math problems in Latin without needing to count from one. If students already know Roman numerals, some math problems might include them (V + IV = IX).

Background: Roman numerals are everywhere: on clocks, the Superbowl ads, chapter headings, and more! These are important numbers for children to learn even if they never have studied Latin.

Introduction: This is a fun way to learn and practice Roman numerals, using a bingo sheet and a student’s knowledge of Ancient Rome and classical mythology.

Objectives: Students will review the formation of Roman numerals while also recalling some important numbers from Ancient Rome and classical mythology.

Special Concerns: Teachers can adapt the prompts to best fit their particular curriculum. Furthermore, teachers may want to have an extra activity to transition to once students complete their bingo board. 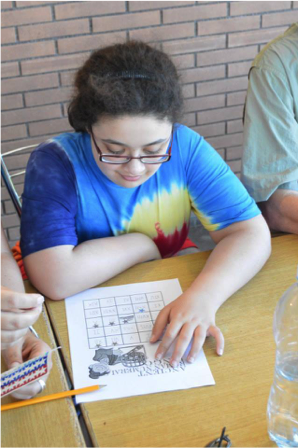 Online Resource: Roman Numerals Game
Each issue will feature a new or popular online resource that could prove useful for Latin and Classical Studies instruction. We aim to stay current so that you can wow your students with how “with-it” you are when it comes to technology!

This is a fun and simple computer game in which students build a column by correctly forming Roman numerals. This game is best played individually, though it may be helpful to project the game on the board and practice as a class before students work on their own.

Famous Romans: Hypatia the Mathematician
Each issue will feature a famous individual from Greek or Roman history whom you may wish to explore with your students.

Hypatia, a Roman woman who lived in Alexandria, Egypt, was the first known woman mathematician. She lived from 355-413 AD and was an astronomer and philosopher who is still praised today for her work in mathematics. She had a unique life for a woman of her time because she never married and was a Neoplatonist (considered pagan) at a time when Christianity was on the rise in the Roman Empire. Alexandria became particularly violent as fights broke out between Christians, Jews, and pagans. Tragically, Hypatia was killed by a Christian mob, but her contributions to mathematics have made her a famous name throughout history.

Random Find: Roman Numeral Dice
Many items being sold today do not directly connect to Latin and Classical Studies, but with a little effort, we can adapt them to serve our purposes. This section explores these types of objects.

Skye Shirley, writer for The Shooting Star, thought it would be fun to make Roman Numeral dice, and then she thought to look online and see if someone had already come up with the idea!

Possibility #1: Easy game: Best of Three (for elementary age students)
Put each student in a pair or a group of three. Each student rolls a die and whoever has the highest number wins that round. If there is a tie, the tied players must roll their dice again. Whoever wins the most rounds out of three wins the game.

Possibility #2: Harder game: Rolling Math Problems (for older students)
In pairs or groups of three, students roll two dice. Students must speak in Latin the two numbers rolled and then add them. For example, if a student rolls II and VI, he or she would say, “duo et sex efficiunt octo.”

Featured Word: digit
Each issue will feature a challenging English word that we encourage you and your students to explore together. The English word will always come from one or more Latin words.

“Digitus,” the Latin word for “finger,” is the root of many words we have that relate to counting or math. A “digit” can refer to any numeral from 0 to 9 and also to a finger or toe. A “digital watch” is one which has numbers on it instead of hands. One other fun derivative of “digitus” is the word “prestidigitation,” which refers to magic tricks performed as entertainment. Ask students if they can figure out how “prestidigitation” relates to “digitus,” the Latin word for “finger.”

Advice & Questions:
Q: As I prepare for the new school year, what resources would you recommend that I consider using with my students, who are in elementary school?

A: One of our favorite texts for students beginning their study of Latin in elementary school is Minimus. This series is a mixture of mythology, stories, grammar support, and historical background, and it has been featured in our LatinSummer programs and Let’s Learn Latin workshops for years. As a member, you have access to a long list of Minimus Extension Activities, which can be accessed from the members’ Exclusive Materials page (the first item under “Latin Materials”). These extension activities are additional language, culture, and mythology activities that relate to the topics in each chapter of Minimus. More than thirty ready-to-use attachments – such as handouts, worksheets, templates, and song-sheets – accompany these extension activities and can also be downloaded from the Exclusive Materials page.

Also, don’t forget about our new eTogaTrek video series, which is available at www.ascaniusyci.org/etogatrek for free! Each video features a different topic about Roman culture and presents a hands-on activity for students to do. 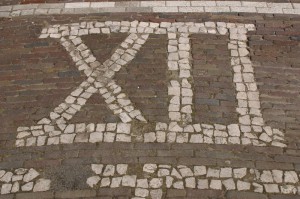