Inside this issue: the story of Proserpina in English and in a simple Latin comic, the word “etiology,” the poet Ovid, and more!

1. CULTURE LESSON:  The Story of Proserpina in English

Introduction: This lesson introduces the myth of Ceres and Proserpina with an illustrated read-aloud and small-group activities.

Background Information: Many people have more familiarity with the names of Greek mythology than with Roman ones. However, due to the Latin language lesson in this issue, in which we use the Roman names, we have chosen to use Roman names in this first lesson as well. The Roman names Ceres, Proserpina, and Pluto correspond to the Greek Demeter, Persephone, and Hades, respectively.

Objectives: Students will be able to retell the story of Ceres and Proserpina in English and also explain how the myth provides an explanation for the seasons.

2. LATIN LESSON: The Story of Proserpina in Latin

Introduction: In this lesson, students will read a short, illustrated retelling of the Proserpina myth in Latin and then do several group activities with the story’s text.

Objectives: Students will be able to read and comprehend a simple Latin story.

Special Concerns: Classes with more Latin experience could be asked to retell the story in Latin rather than only reading and understanding it.

Online Resource: Nameberry
Each issue will feature a new or popular online resource that could prove useful for Latin and Classical Studies instruction. We aim to stay current so that you can wow your students with how “with-it” you are when it comes to technology!

Nameberry is a website devoted to baby names, where visitors can explore 70,000 names along with their origins and meanings. While the website is, of course, intended for expectant parents, it is a fun resource for anyone interested in names. The page for Persephone, for example, lists nearly twenty pop culture references for the name and one celebrity (Persephone Swales-Dawson, a British actress). Interestingly, at the time of this blog post, the name Persephone is somewhat popular among Nameberry users, ranking at #148. Students could examine lists of the year’s popular names for girls and boys and find examples of names with Latin or mythological origins.

Random Find: Martha Wainwright’s “Proserpina”
Many items being in the world today do not directly connect to Latin and Classical Studies, but with a little effort, we can adapt them to serve our purposes. This section explores these types of items.

In this four-minute song written by her mother, singer Kate McGarrigle, Martha Wainwright beautifully conveys a mother’s anguish. This haunting performance can be shared with a class as a way to bring the myth to life. One caveat: The lyrics mention Hera as Proserpina’s mother, rather than Ceres/Demeter, so that should definitely be a point for discussion.

How we found it: The Shooting Star Editor, Kristen Bortner, has a brother who constantly sends her movie and music recommendations. When Kristen was teaching high school in Illinois, her brother suggested that she share this video with her Latin students. She did, and they loved it!

Featured Word: Etiology
Each issue will feature a challenging English word that we encourage you and your students to explore together. The English word will always come from one or more Latin or Greek words.

Etiology: derived from the Greek aitia (cause) and logia (the study of).

The word “etiology” is commonly used in medicine for the origin of a disease or condition.  But for students of classical culture, “etiology” more commonly is used for a myth which explains the origin of something.  The story of Persephone and her mother’s sadness which explained the origin of winter is a good example of an etiological myth.  Another famous etiological myth involves only the origin of a place name. King Aegeus of Athens, was said to have fallen into the sea when he thought his son Theseus had died.  The sea into which he fell was and still is called the “Aegean” sea and the story of his fall is meant to explain the origin of the sea’s name. Myths serve many purposes: they can be purely for entertainment; they can be didactic (meant to teach a lesson); they can reflect actual religious practice; or they can explain things that were not understood.  Can you think of any etiological myths you have studied? (Think about the origin of an animal, constellation, or geographical feature.)

Famous Roman: Ovid
Each issue will feature a famous individual or group from Greek or Roman history whom you may wish to explore with your students.

Many ancient poets told the story of Persephone, but perhaps the most influential rendition of the myth was by Ovid, who wrote about her in two of his works, the Metamorphoses and the Fasti.  Publius Ovidius Naso (43 B.C.E.-c. 18 C.E.) was a Roman poet who lived at the time of the emperor Augustus and was ultimately exiled by him for unclear reasons.  We have many of Ovid’s works which have survived, but the most famous and influential was the Metamorphoses, a work of 15 books which included over 250 myths.  In Book V of the Metamorphoses, Ovid has Calliope telling the story of Persephone.  In this brief excerpt, we can see how the return of Persephone to Demeter changes the mother and therefore nature as a whole:

‘’Now Jupiter, intervening, between his brother and grieving sister, divides the turning year, equally. And now the goddess, Persephone, shared divinity of the two kingdoms, spends so many months with her mother, so many months with her husband. The aspect of her face and mind alters in a moment. Now the goddess’s looks are glad that even Dis could see were sad, a moment ago. Just as the sun, hidden, before, by clouds of rain, wins through and leaves the clouds.’”

Ovid also mentions the story of Persephone in Book IV of the Fasti, his poem about the Roman calendar, much of which can be said to be etiological.  For April 12, he says that the Romans held the games for Ceres, during which her search for her daughter was re-enacted by Roman women and the return of Persephone to her mother and thus renewed growth is celebrated.

And so it would have been, if Jupiter hadn’t promised,
That Persephone should spend six months each year in heaven.
Then, at last, Ceres recovered her countenance and spirits,
And set garlands, woven from ears of corn, on her hair:
And the tardy fields delivered a copious harvest,
And the threshing-floor barely held the heaped sheaves.
White is fitting for Ceres: dress in white clothes for Ceres’
Festival: on this day no one wears dark-coloured thread.

There are many ancient sources for the myth of Persephone (some can be found at https://www.theoi.com/Khthonios/Persephone.html), but Ovid’s tellings became the standard format of the story and the inspiration for later artists, writers, and musicians to create their own take on the tale. 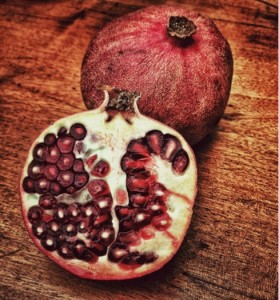