This month we’re looking up at the sky for some Classically inspired constellations. Inside this issue: exploring five basic constellations, drawing constellations, Claudius Ptolemy, the words “stellar” and “astronaut,” and more!

I. LATIN: A DISCUSSION ABOUT FIVE BASIC CONSTELLATIONS:
Ursa Major, Orion, the Pleiades, Cassiopeia, and Gemini

Background: Our English word “constellation” is from the Latin “stella” and means “set with stars.” Many of the 88 constellations that we recognize today date back to Greek and Roman times. Knowledge of the stars helped farmers with their agricultural planning, as well as sailors with their navigation. We continue to use the constellations’ Latin names, and many have fascinating myths associated with them. Even students who have not previously studied the constellations can quickly learn to recognize some basic recognizable ones. They can be proud of their newfound skill, which is one they can put to use throughout their lives!

Introduction: This is a basic introduction to five constellations: Ursa Major, Orion, the Pleiades, Cassiopeia, and Gemini. Following an introductory PowerPoint and Latin conversation modeled by the teacher, students will practice recognizing these constellations and speaking some Latin sentences about them.

Objectives: Students will identify five constellations, practice saying Latin sentences, connect Latin to the present (since we see constellations today as well!), and use Latin in a real, meaningful context.

Special Concerns: Some students may have a Latin background beyond the simple practice sentences provided in this lesson. In that case, adding more Latin sentences for them to use in the class conversation could be helpful. Students could even be asked to compose their own sentence to describe each constellation.

*Feel free to remove cards from the game, depending on the ability level of your students!

Background: It can be difficult to identify constellations because the shapes don’t look much like the animals or heroes depicted.  This activity will help students form the shapes from the stars and connect the patterns to the images and myths they inspired.

Introduction: Students will draw the constellations by connecting the dots using Roman numbers on a worksheet and then by making Paper Cup Constellations.

Special Concerns: The Roman numerals version of the Connect-the-Dots worksheet assumes a basic understanding of Roman numerals.  The August 2015 issue of The Shooting Star (Theme: Math and Numerals) contained several activities for teaching and practicing Roman numerals which could be useful for students who do not already know them. As an Ascanius Member, you have access to this back-issue on our website. For teachers who do not wish to teach Roman numerals at this time, we have included an alternate version of the worksheet, which uses Arabic numerals.

Objectives: Students will practice Roman numerals and will make connections to today through identifying constellations.

Of course, there is so much more to explore with constellations! Here are a few additional ideas for teachers who would like to extend students’ study of constellations:

Online Resources: Constellation Hunt & The Night Sky app
Each issue will feature a new or popular online resource that could prove useful for Latin and Classical Studies instruction. We aim to stay current so that you can wow your students with how “with-it” you are when it comes to technology!

This month, we just couldn’t choose, so we have two resources to share!

The iPhone app, The Night Sky, by iCandy Apps,helps you to find the constellations when you hold the iPhone or iPad up toward the sky. By pointing your device upward toward the sky, the app can point out stars, planets, and constellations. It has the Latin names for many constellations as its default, so this could be an excellent additional resource for Latin students to explore!

Each issue will feature a famous individual from Greek or Roman history whom you may wish to explore with your students.

Claudius Ptolemy lived in Alexandria in the 2nd Century A.D. and was an astronomer, geographer, and mathematician. He wrote a book on astronomy called the Amalgest, which included the most thorough star catalog of ancient times. This star catalog grouped 1,022 stars into 48 different constellations; this list forms the basis for our modern list of 88 constellations. (Ptolemy’s catalog itself was based on a previous list by a scholar named Hipparchus, who only included the constellations that could be seen from Greece. As a result, Ptolemy’s list did not include those constellations which can only be seen from the Southern Hemisphere.)

Another interesting work by Ptolemy is his Geography, which described the geography of the world as the Greeks and Romans knew it. The Geography remained the principal source on this topic for centuries and was even used by Christopher Columbus.

This is a picture of the Farnese Atlas, a 2nd Century Roman copy of a Greek statue of Atlas bearing the sphere of the heavens on his shoulders. The sphere includes relief sculptures of at least 40 of the 48 constellations listed by Ptolemy and is the oldest surviving pictoral representation of the celestial sphere.

How we found it: A science teacher at Skye Shirley’s school asked if she would like to borrow this product for a Classical Roots class.  Young students (or even older students!) love to lie on the carpet, look up at the “stars” on the ceiling and learn the names and myths behind each constellation.

How you can use this: Among the many stars which the Twilight Turtle Night Light projects onto the ceiling are some constellations. The product we looked at includes:

We chose two words for this issue because they go together so well!

“Stellar” comes from “stella,” which is a Latin word for “star.” Explain to students that it can refer to stars, but that it can also mean “outstanding,” or “exceptionally good.” Ask students if they can figure out how that second meaning relates to the “star” root.

“Astronaut” comes from “astrum,” another Latin word for “star,” and also “nauta,” which beginning Latin students might recognize as the word for “sailor.” Ask students to use this information to deduce the most literal meaning behind “astronaut.”

Other words from “stella” and “astrum” include constellations, astronomy, and astronomical.

Here’s a fun question for you to ask your students as they explore the constellations: 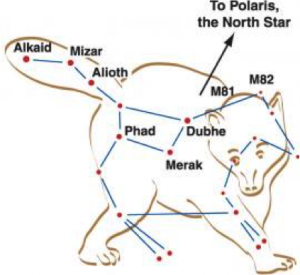 Q: Do you notice anything unusual about the bears in Ursa Major and Ursa Minor?

A: Students will probably come up with many answers. However, we hope they will notice that both bears have long tails! Remind students that real bears have short, stumpy tails. Ask them if they can think of a reason for these long tails. This could be quite a thought-provoking conversation, because no one knows the answer! One mythological explanation is that the tails are long because they were stretched when Zeus flung both bears into the sky. 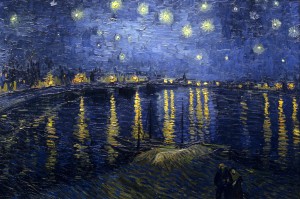