Are we there yet?

This month we’ll take a journey around the ancient Mediterranean. Inside this issue: a human map of the Roman provinces, the wanderings of the heroes, fascinating online maps, ancient Roman travel mugs, the word “circumnavigate,” and more!

I. LATIN: HUMAN MAP OF THE ROMAN PROVINCES

Background: The various territories of the Roman Empire were divided into areas called provinces. These provinces were governed by men who had previously held high-ranking offices in Rome such as the consulship or praetorship. Before this lesson, it may be helpful to lead students in a discussion in which they consider how the Roman provinces were similar to our states. For example, both the Roman provinces and our states are components of a larger territorial unit, and both have governors.

Introduction: Students usually love to get out of their seats and move around the room. This activity, which appeals to a kinesthetic learning style, helps students to learn the names of major Roman provinces in a fun way!

Objectives: To learn the names of the major provinces of the Roman Empire as well as their locations in relation to one another.

Special Concerns: If you have a large class with more students than province signs, split the class into two teams for the human map activity. Team 1 can do the activity, while Team 2 determines their accuracy and makes any necessary changes. Then the teams switch roles. The teams could also take turns racing to see who can complete the activity faster!

II. MYTHOLOGY: THE WANDERINGS OF HEROES

Background: The tales of Odysseus and Aeneas both take place in the years following the Trojan War. Many students are familiar with the story of Odysseus and his ten years of adventures on his journey home. However, fewer students know of Aeneas and his long journey to Italy, where he founded a new home for the Trojan survivors. By examining both of these heroes’ travels, students can learn a great deal about Mediterranean geography!

Introduction: This lesson helps students to learn about various places around the Mediterranean through the exploration of two heroes’ mythological journeys.

It could be helpful to have some teacher notes. Bucknell University has a detailed summary of the story. Alternatively, teachers could read these episodes aloud from an appropriate-leveled children’s version of the story. We have not had the opportunity to explore any such books, but the right book could be a great way to bring the story to life!

Online Resource: Maps
Each issue will feature a new or popular online resource that could prove useful for Latin and Classical Studies instruction. We aim to stay current so that you can wow your students with how “with-it” you are when it comes to technology!

In this issue, we have two online resources to share!

Holiday: Iēiūnium Cereris
Each issue will feature an upcoming holiday from ancient Greek or Roman culture that you may wish to explore with your students.

The Iēiūnium Cereris, or “Fast of Ceres” was held on October 4th.  Romans would fast in honor of Ceres, who was the goddess of grain and the harvest.

Ask students whether they celebrate any holidays involving fasting, and in what ways they celebrate fall. Many American students will recognize that we perhaps go to the opposite extreme– eating big meals on Thanksgiving to celebrate a good harvest!  Thanksgiving can be a difficult holiday to celebrate in the Latin classroom because so many foods eaten were not known by the Romans, but this connection to harvest rituals is a nice way to draw connections between ancient and modern cultures.

Random Find: Ancient Roman Travel Mugs
Many items being sold today do not directly connect to Latin and Classical Studies, but with a little effort, we can adapt them to serve our purposes. This section explores these types of objects.

Ancient Roman cups were not so different from what you might buy today.  These cups contain information about how to travel from one area in the Roman Empire to another.  They serve both as travel mugs and maps! 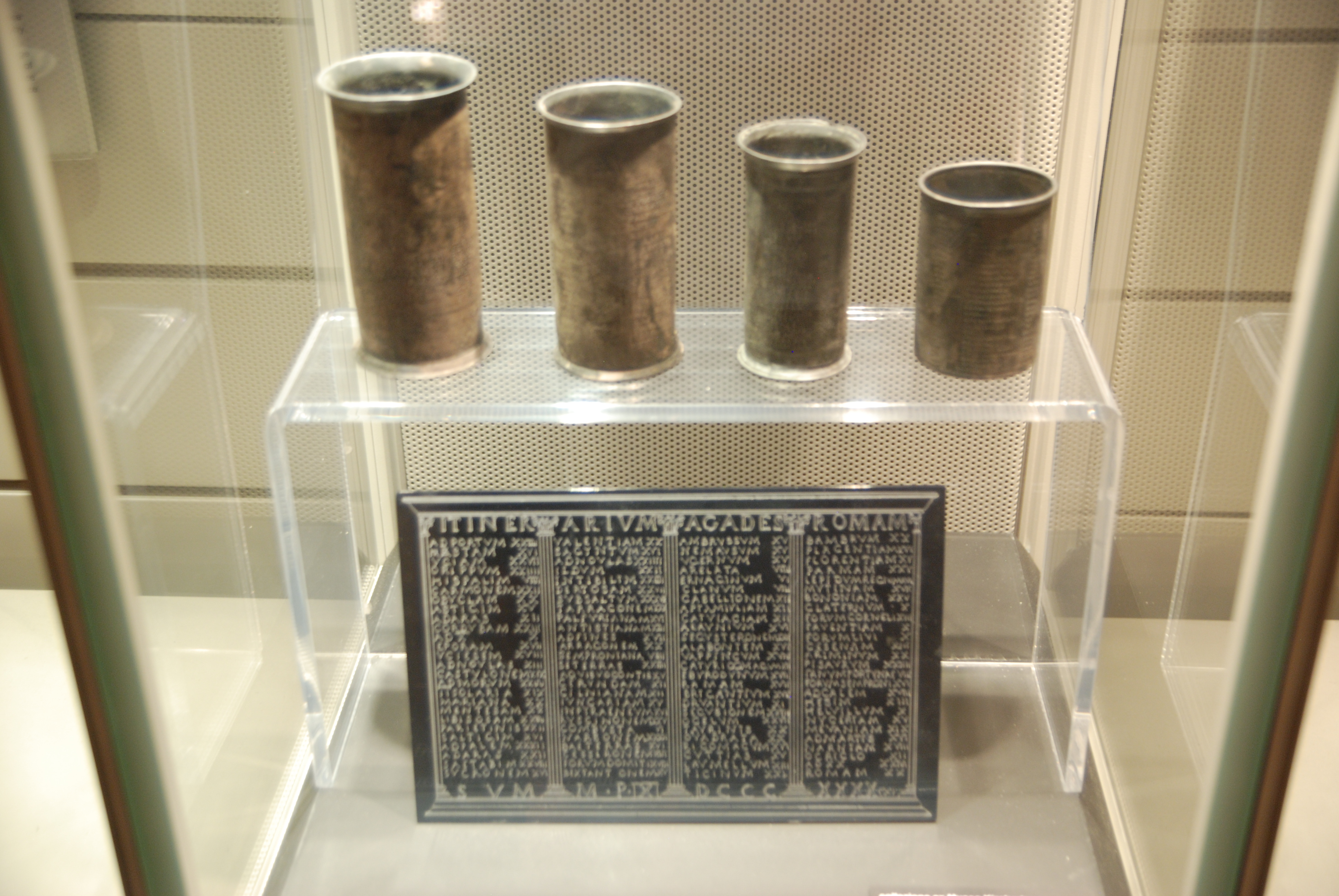 After examining the cups in the picture, students can make their own versions of these cups. Give students paper cups and have them draw the route they take to school. Alternatively, have students write directions in Latin on a paper cup in order to guide a traveler from one ancient Roman colony to another. For example: “Migrā ē Germāniā, per Helvēticam, ad Galliam.”

How we found them:
The cups were on display at Palazzo Massimo Museum in Rome, and they reminded The Shooting Star writer Skye Shirley of the subway mugs on sale in Boston and New York. 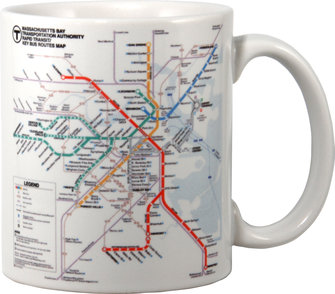 Featured Word: circumnavigate
Each issue will feature a challenging English word that we encourage you and your students to explore together. The English word will always come from one or more Latin words.

Then have them imagine their own derivatives which use Latin words.  For example, maybe “circumastronaut” is an astronaut who circles the moon.  Or “tyrannonaut” is an evil sailor.

While you’re discussing these sea-travel words, students might also enjoy this additional connection: The Latin word for seasickness, “nausea,” is at the root of our word “noise.” At first, “noise” meant a general sense of discomfort, reflecting its seasickness origin. Only later did it come to refer to any sound, whether unpleasant or not.

Advice & Questions:
How can I get my students looking at maps from Day 1?

Students can look at a map and say “Ubi est?” and “Est in… + ablative” to construct simple Latin sentences and practice place names. This could be a fun partner activity in which each pair is given a map and some kind of character prop, such as a small action figure that can stand on its own. One student places the prop and then asks, “Ubi est [puella]?” The partner responds in Latin with “Est in…+ ablative.” For an added challenge, they could use “sunt” to describe multiple items in a place. It’s okay if the students use labeled maps; looking at the place names will help them to learn!

You can also send students on a scavenger hunt to find the locations of Roman cities and label them on a map. 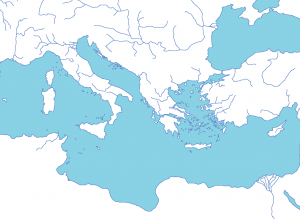