Bonus Feature: Classic Ascanius Body Parts Teaching Materials!
Body Parts terms have been a favorite topic for Ascanius for quite some time. We were excited to develop the new activities for this issue, but we couldn’t resist sharing these two “oldies-but-goodies” as well!  Enjoy! 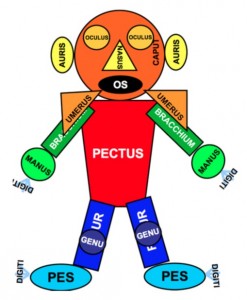 *The activity “Joe Body Parts” is adapted from a similar activity presented by Susan Senechal.

Play Concentration, Go-Fish, or Old Maid with this Body Parts Terms card game.  It has been used since some of our earliest LatinSummer programs and is ready for you to print, cut, and play!

Introduction: In this lesson, students will create monsters and then describe them in Latin to partners, who will try to draw them based on the description.

Objectives: Students will be able to describe a monster in Latin, using terms for basic parts of the body.

Special Concerns: Classes with more Latin experience can have a more challenging conversational experience. Ask students to use different colors for different parts or to include greater numbers of parts. 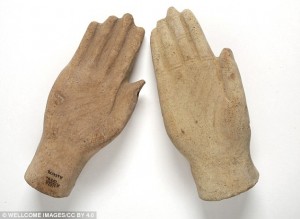 Introduction: In this lesson, students will read about ancient Roman anatomical votive offerings. They will
then try their hand at creating some clay models of their own.

Objectives: Students will be able to explain the purposes behind anatomical votive offerings. They will leave with an increased understanding that every ancient artifact has a story.

This glossary from The University of Sydney provides the Latin and Greek origins of hundreds of anatomical terms. Send students on a hunt for the origins of specific terms, or simply let them browse the glossary and discover meanings they find interesting. Either way, it’s great for students to see what a huge number of anatomical terms are derived from Latin and Greek!

Featured Word: “Corpus” and Medical Terms Galore!
Each issue will feature a challenging English word that we encourage you and your students to explore together. The English word will always come from one or more Latin words.

Corpus is the Latin word for body and is also used unchanged in English metaphorically for “a body of work.”  English gets many great words from “corpus” such as “corps” (a body of people as in the Marine corps); “corpse” (a dead body); corporeal (having a body as opposed to being spirit); and “corpulent” (having a large body).  The Latin legal phrase “habeas corpus” (may you have the body) is the right for a person not to be detained by the police unless he or she has been brought before a court and officially charged with a crime.

Most anatomical terms used in medicine today derive from Latin or Greek words.  Some body parts were given the same Latin or Greek name for that part, some were given metaphorical names because the body part resembles something else, while others were named for mythological characters. A lot of body parts have very interesting stories behind them.

Body parts that are the same or similar as the Latin:

Body parts that are metaphors from Latin words:

Some body parts have more complicated stories behind their naming. The sacrum, for instance, located at the bottom of the spine, was given the Latin word for “sacred” because it was the bone given in sacrifices.  Some sources tell us that when sacrificing an animal, the sacrum was the last bone to burn, and was thought to have contained the spirit of the animal and thus be considered “sacred.”

Famous Roman: Galen
Each issue will feature a famous individual or group from Greek or Roman history whom you may wish to explore with your students.

Many of the names for our body parts were established by Galen in Roman times. Galen (Claudius Galenus) was a Greek physician who lived in the Roman Empire from approximately 129 A.D. to 210 A.D.  He was born in Pergamum (which is in modern-day Turkey) and is thought to have died in Rome. Galen was originally trained to be a philosopher, but his father had a dream that the healing god Asclepius told him to give his son a medical education.  Galen started his medical practice at the temple to Asclepius in his town, healing and comforting the sick. After his father died, he travelled throughout the empire and learned various medical practices from the places he visited. Galen dissected pigs and monkeys to better understand human anatomy (dissection of human cadavers was prohibited at the time).  He even performed surgeries, such as the repair of cataracts. Galen eventually became the personal physician to the emperors Commodus and Septimius Severus. His works were influential for well over a thousand years and covered every aspect of human anatomy and disease. He was known for connecting the mind and the body and famously wrote the “the best doctor was also a philosopher.”

Random Find: Teacher Created Resources Human Skeleton Magnetic Accents
Many items being sold today do not directly connect to Latin and Classical Studies, but with a little effort, we can adapt them to serve our purposes. This section explores these types of objects. 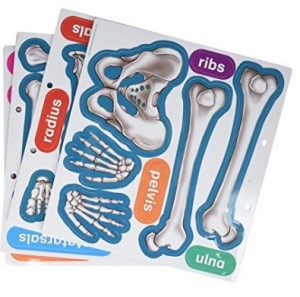 This forty-piece magnet set includes fifteen bones and twenty-five labels. When assembled, the skeleton is about 33″ tall.  The product description says the set can “decorate and educate.”

Is Latin helpful for a career in medicine?
Here is what several medical professionals had to say about how Latin has helped them.

“In middle school I began taking French to fulfill my language requirements. A few months into French two, conjugating verbs and speaking in an unfamiliar accent in front of a classroom of peers was humiliating. I decided to switch to Latin for the sole purpose that “no one speaks Latin.” Little did I know, I had been, and continue to, speak a little Latin everyday! Derivatives! I would go on to major in Biology and pursue nursing school. Latin would help me with my vocabulary and in my studies, especially so in Anatomy and Physiology. I now work as a Registered Nurse in an Intensive Care Unit that specializes in Neurosurgery. The medical jargon that pervades operative notes from Neurosurgeons are full of Latin derivatives: words related to positioning (abduction), anatomy (foramen ovale, posterior fossa), to order sets (early AMBULATION- isn’t ambulo one of the first verbs so many of us learned to conjugate?!) I am often able to “translate” the operative notes thanks much in part to my knowledge of Latin and its derivatives.”
-Kristina Knode Sheldon

“Latin is the reason Anatomy was my best class in medical school. All the body parts are named in Latin, which was supremely helpful in learning where different muscles are located and where they attach.”
– Dr. Paul Sandhu

“People have always been impressed (and sometimes a bit envious) that I took five years of Latin prior to medical school!”
– Dr. Elizabeth Tanner 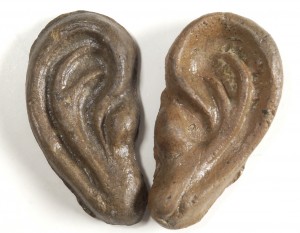