Inside this issue: a mock visit to the baths, reading workshop, the Roman writer Seneca, English words related to Roman baths, and more!

1. LATIN LESSON:  A Mock Visit to the Baths

Introduction: In this lesson, students will walk through a simulation of the Roman bathing process.

Objectives: Students will be able to list the rooms of the Roman baths and explain them using some Latin phrases.

Special Concerns: Teachers of classes with more Latin experience can make the Latin script more detailed and descriptive so that the class receives more comprehensible input in the language.

Preparation: The night before this lesson, you will need to create a large map of the baths by projecting the Baths Layout Slide onto the board, hanging a shower curtain liner on the board with tape, and tracing the image on the slide onto the shower curtain using a sharpie, then labeling the different rooms with their Latin terms. Use the Baths Slideshow as a reference for the locations and names of the rooms.

Introduction: In this lesson, students will learn more about Roman bathing by reading a variety of high-interest articles and texts and then holding a class discussion.

Objectives: Students will be able to describe details about Roman bathing after reading and comprehending a variety of reading materials.

Before the Lesson: Gather the reading materials. Libraries should have many of the books listed above or other similar illustrated, high interest books about Rome. Locate the pages on Roman bathing, and mark them with Post-It notes. Print and copy several copies of each of the articles above, as many total articles as there are students in the class. (Students can put an article back after reading it and pick up another.)
***Hint: Switch your browser to Reader View before printing for a cleaner, less distracting page.

This companion website for the NOVA Roman Baths television program is an excellent resource for students exploring this topic for the first time. With “A Day at the Baths,” students can click on each room on a map of the Baths of Caracalla and read a short descriptive explanation of it. The “NOVA Builds a Bath”  slideshow tells the story of a real Roman bath which a crew of NOVA experts built in Turkey. And for even more fun, there is a section with Roman recipes and a “Construct an Aqueduct” game!

English Words from the baths!
Each issue will feature a challenging English word that we encourage you and your students to explore together. The English word will always come from one or more Latin words.

Ironically, the Latin term for the public baths, thermae, is not Latin at all, but a Greek word! Students may notice that some of the other terms relating to the baths do not look Latin either.  You might want to point this out to students and ask them why they think some of the bath terminology is Greek. They might be able to guess correctly that the Romans borrowed Greek terms (transliterating them in the Latin alphabet) because they borrowed the custom of the baths from the Greeks.  You can also tell them that the letter “y” for instance (as seen in hypocaustum or apodyterium) is almost always a clue that you are looking at a Greek word.

Whether they have a Latin or Greek origin, the terms for the baths and the rooms in the baths give us a lot of great English derivatives.  Starting with thermae, we get thermal (relating to heat), thermometer (something that measures heat), and hypothermia (the condition of not having enough warmth).  Caldarium (the hot room) gives us the word calorie (a unit of heat energy) and cauldron (a big pot where hot liquids are brewed).  We get the words frigid (cold) and refrigerate (to make cold again) from frigidarium, the cold room.  The tepidarium (the warm room) gives us a wonderful English word tepid (lukewarm) which can be used to describe water in a bathtub, or an audience’s reaction to a boring speaker.  The word for the system which provided the heat to the baths, the hypocaustum, is formed from Greek roots meaning “under” and “burning.”  We get derivatives such as hypodermic (used for a needle which goes under the skin) and caustic (relating to a substance or remark that burns).  The exercise area in the baths, the palaestra, which derives from a Greek word meaning to wrestle, does not give us any current English words. However, if you travel to Italy today, you might see signs for a palestra on the street.  The Italians call a gym or health club palestra, continuing one of the key functions of the ancient Roman baths into modern times.

The rooms of the baths are also great examples of the Latin suffix -arium, which means “place for.” This suffix is related to the suffix -orium which also means “place for.”  In English words that derive from Latin, you will sometimes see those original Latin suffixes or the Anglicized versions -ary and -ory.

Famous Roman: Seneca
Each issue will feature a famous individual or group from Greek or Roman history whom you may wish to explore with your students.

Lucius Annaeus Seneca, also known as simply “Seneca” or “Seneca the Younger” was an ancient Roman 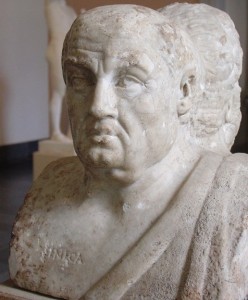 writer, philosopher, and teacher who lived from about 4 B.C.E. to 65 C.E.  He was known for writing very gory tragedies and over a hundred letters about morality and ethics. He was a teacher and advisor to the Emperor Nero and met an untimely end when Nero suspected him of being involved in a conspiracy against him.  Seneca was an adherent of the Stoic philosophy, which emphasized virtue and living in harmony with divine reason and nature. Stoics tried to refrain from expressing emotions about matters over which they had no control, such as the death of a loved one.  One of Seneca’s most famous letters to his friend Lucilius involved the baths and all of their noise and activity. In the letter, Seneca describes a typical day at the baths in vibrant detail:

If you want to study, quiet is not nearly as necessary as you might think. Here I am, surrounded by all kinds of noise (my lodgings overlook a bath-house). Conjure up in your imagination all the sounds that make one hate one’s ears. I hear the grunts of musclemen exercising and jerking those heavy weights around; they are working hard, or pretending to. I hear their sharp hissing when they release their pent breath. If there happens to be a lazy fellow content with a simple massage I hear the slap of hand on shoulder; you can tell whether it’s hitting a flat or a hollow. If a ball-player comes up and starts calling out his score, I’m done for. Add to this the racket of a … thief caught in the act, and a fellow who likes the sound of his own voice in the bath, plus those who plunge into the pool with a huge splash of water. Besides those who just have loud voices, imagine the skinny armpit-hair plucker whose cries are shrill so as to draw people’s attention and never stop except when he’s doing his job and making someone else shriek for him. Now add the mingled cries of the drink peddler and the sellers of sausages, pastries, and hot fare, each hawking his own wares with his own particular peal….

Random Find: Wireless Doorbell
Many items being sold today do not directly connect to Latin and Classical Studies, but with a little effort, we can adapt them to serve our purposes. This section explores these types of objects.

The SadoTech Model C Wireless Doorbell is the classroom management tool you never knew you needed!  It comes in a variety of colors and has more than fifty different tones. For $19.99, this wireless doorbell is a fun way to get your students’ attention. 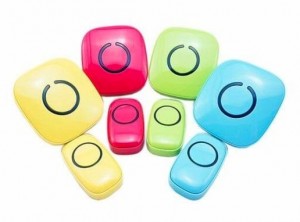 How we found it:
One of our Elementary School Consultants, Stuart Davis-Foxworth, has been using it in her classroom. Stuart says, “I use it as an attention getter instead of clapping. They have different tones you can set it to (including holiday ones). I also use it when changing groups, making announcements, to get the class quiet, etc.”

Here are two more Random Finds. Both would be great additions to a lesson on Roman bathing! 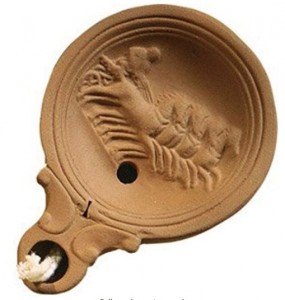 Replica of a Roman Oil Lamp
https://www.amazon.com/dp/B004Z0VRLC/ref=cm_sw_r_cp_api_PnJyBb8C68A74
*This appears to be currently unavailable but is worth keeping an eye on! 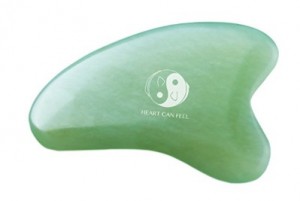 Featured Image:
Take another look at the mosaic at the top of this page. It is a sign that was found at Roman baths in Libya. The Latin means, “It is healthy to have washed.” Can you find the three strigils and a pair of sandals in the mosaic? 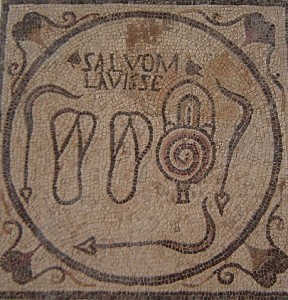